WHO WE ARE » MEET OUR TEAM

WOODBRIDGE, Va., May 25, 2021 – Sev1Tech announced today that Valerie Isbell retired senior executive within the Department of Homeland Security, has joined the company as a strategic board advisor.

Valerie is an experienced information technology executive who has successfully developed and modernized several border security and traveler facilitation applications for the Department of Homeland Security (DHS). She worked collaboratively with other agencies within the DHS, the Federal Bureau of Investigation and the Department of State on applications and information sharing. In December 2020, Valerie retired from federal service after 37 years of service with three federal departments. 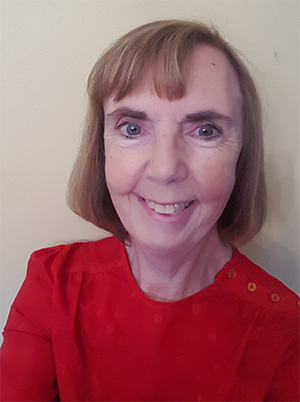 “I am so excited to have Valerie part of the Sev1Tech advisory team,” said Bob Lohfeld, CEO at Sev1Tech. “Valerie is an inspiration to us all with her deep mission commitment, knowledge, incredible leadership, and her ability to bring teams together to tackle monumental challenges within DHS.”

Valerie began her career as an Army officer serving in leadership positions providing customer service, support for military pay and banking functions. She was detailed in the Department of Justice to the former Immigration and Naturalization Service to work her secondary specialty of system automation under a Department of Defense program to support drug control efforts.

With the formation of DHS in 2003, she served as the senior project manager for the United States Visitor and Immigrant Status Indicator Technology Program. She delivered one of the first significant achievements of DHS, adding biometric checks to the inspection process for non-US citizens.

Valerie joined the Passenger Systems Program Directorate (PSPD) within U.S. Customs and Border Protection (CBP) as the Deputy Executive Director in 2005. She was appointed to the Senior Executive Service as the Executive Director of PSPD in April 2008. She led the successful modernization of TECS, a key border system used by over 20 federal agencies. Valerie’s office improved border security and travel facilitation by implementing several systems and sharing critical terrorist and other information within the DHS and beyond.

For two years, Valerie served as the Acting Deputy Assistant Commissioner (DAC) for the Office of Information and Technology. As Acting DAC, she was responsible for information technology efforts within CBP.